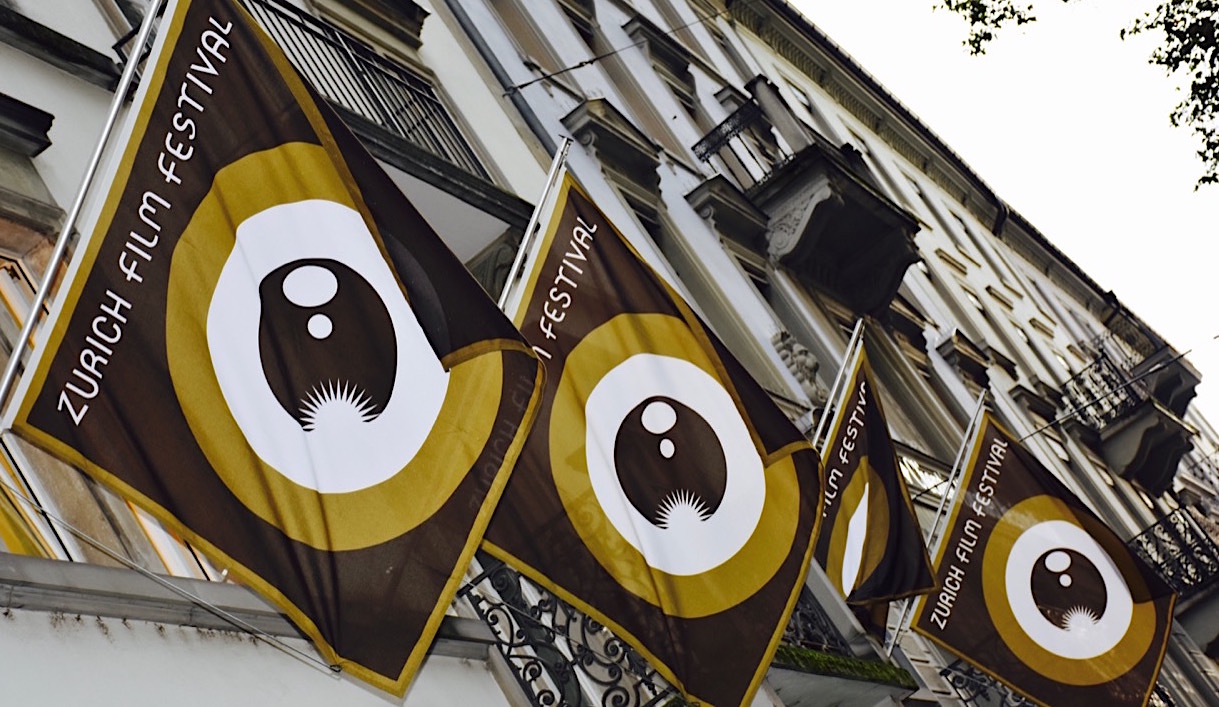 This year, the festival features over 170 films from 58 countries. Among them are more works by women directors than ever before. With the attendance of incredible women like Cate Blanchett, Kristen Stewart and Julie Delpy.

Furthermore, celebrated filmmakers and actors, like Javier Bardem, Donald Sutherland, Roland Emmerich and Oliver Stone will share their passion for the cinema during ZFF Masters sessions.

More films by women than ever before

The ZFF presents more films by women directors across almost all sections of the festival than ever before, namely 55. That amounts to an increase of 39% on last year.

Following that, two strong women will also receive two of the festival’s most prestigious Golden Eye awards. The Hollywood star Kristen Stewart will receive the Career Achievement Award when she brings SEBERG to Zurich. And the Golden Icon Award will be presented to the two-time Oscar winner Cate Blanchett on October 5. When she will present her latest movie WHERE’D YOU GO, BERNADETTE by Richard Linklater. After Glenn Close in 2017 and Judie Dench in 2018, it is the third time in a row that this award has gone to a woman.

The ZFF will screen a total of 171 films – that’s nine more than last year. Twelve of these are world premieres and five European premieres. The three Golden Eye competitions focus on young, original cinema with a total of 44 debut films competing. The 14-title International Feature Film Competition line-up features two Iranian films: the cop thriller JUST 6.5, which became one of the biggest box office hits of all time in Iran, and the European premiere of Mahnaz Mohammadi’s directorial debut SON-MOTHER.

This year, the festival once again screens the season’s hottest titles as GALA Premieres, several of which will later join the race for the Oscars, including JOKER by Todd Philipps, THE LAUNDROMAT by Steven Soderbergh, LE MANS ’66 by James Mangold, MARRIAGE STORY by Noah Baumbach, PAVAROTTI by Ron Howard, THE FAREWELL by Lulu Wang and DEUTSCHSTUNDE by Christian Schwochow.

The “New World View” section this year introduces cinema from the exciting film-producing country Colombia. And the strong presence of Central and South American cinema is striking in other sections of the festival, too. In addition to the 14 Colombian titles, the programme contains 26 more feature and documentary films from this continent.

The complete program you can always find on the ZFF official website.

Enjoy your TIME AT THE CINEMA! And share your favourite movies in the comments below.

As always, if you have any questions, don’t hesitate to contact me -> GET IN TOUCH.

BE HEALTHY AND WEALTHY! :)

Yuliia Caliskanhttps://www.moname.ch/about-me/
At MonAme Magazine, I’m in charge of content and publication. I am passionate about all things new and sustainable - traveling, food and active lifestyle. As an MD specialized in Dermatology, I also always keep myself up to date about new advancements in beauty and cosmetics industry.

White Turf is one of the most thrilling horse races that has been taking place on the frozen lake of St. Moritz since 1907....

This website uses cookies to improve your experience while you navigate through the website. Out of these cookies, the cookies that are categorized as necessary are stored on your browser as they are essential for the working of basic functionalities of the website. We also use third-party cookies that help us analyze and understand how you use this website. These cookies will be stored in your browser only with your consent. You also have the option to opt-out of these cookies. But opting out of some of these cookies may have an effect on your browsing experience.
Necessary Always Enabled
Necessary cookies are absolutely essential for the website to function properly. This category only includes cookies that ensures basic functionalities and security features of the website. These cookies do not store any personal information.
Non-necessary
Any cookies that may not be particularly necessary for the website to function and is used specifically to collect user personal data via analytics, ads, other embedded contents are termed as non-necessary cookies. It is mandatory to procure user consent prior to running these cookies on your website.
SAVE & ACCEPT
Loading Comments...